Sidelined athlete goes for the save 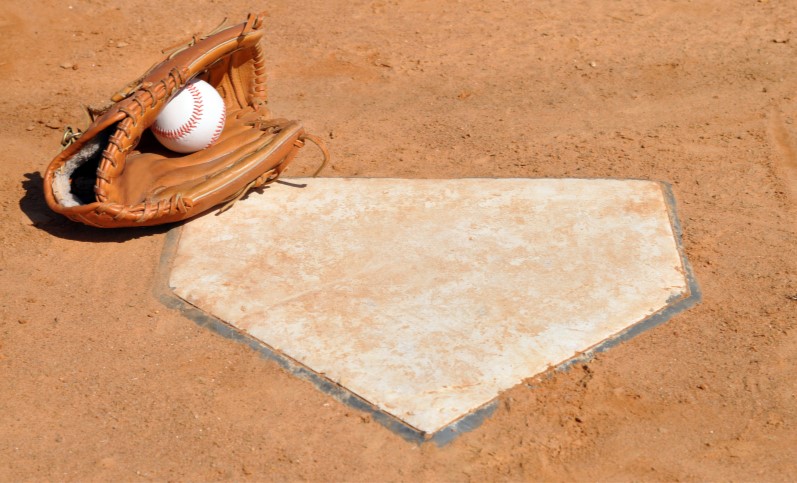 Every year the American Heart Association estimates approximately 6,000 youths under the age of 18 go into sudden cardiac arrest. Of those, an average of 2,000 do not make it. The majority of these cardiac arrests happen during sporting events. Luckily, due to quick thinking and early intervention by his dad, Hunter Hayenga of Windom, MN, can tell his own story of survival in his own words:

“My whole life has always involved sports. My parents were always playing catch, shooting hoops, playing football, biking, swimming, volleyball and crazy wiffle games in our yard with my sister and friends. As a family, we were always doing something physical, so as I got older and was able to compete in school sports, I played football, basketball, and baseball.

All that changed the summer before my senior year. Last June I was playing Legion Baseball in Slayton, MN. I hit a triple to right center and stopped at 3rd base, gave my coach a fist bump, and the next thing I remember I was on my hands and knees and then fell to my stomach. I couldn’t move or open my eyes, but I could hear my coach talking to me. I stopped breathing and my coach couldn’t feel a pulse, so my dad started chest compressions. Luckily, after a few compressions, my heart started beating and I began to breathe rapidly. Within a few minutes, an ambulance was there with an AED. They hooked up the AED and it said no further actions were needed. They took me to the hospital in Slayton and I was then airlifted to Sanford Children’s Hospital in Sioux Falls, SD. I spent the night in the ICU and was seen by a cardiologist and was thought to be suffering from exhaustion and dehydration.

I was sent home the next day with a heart monitor that I wore for 24 hours, and a week later returned to see the cardiologist. After several tests, he wanted me to see a specialist from the University of Iowa. So a couple weeks later I returned for more tests and was diagnosed with CPVT (catecholaminergic polymorphic ventricular tachycardia). I was told I could no longer play competitive sports. I was devastated! My life as I knew it would never be the same. I will be on a beta blocker for the rest of my life. As a senior at Windom Area High School, we are required to do an Eagle Achievement Project. It is a project to help better our community. My project was to raise funds to purchase two AED devices for our summer ball fields. I organized an American Heart Association Red Out Night during a home basketball game. I sold t-shirts and red hearts that people could purchase “In Honor Of” or “In Memory Of” and hung them all over the gym. Before the game started, I gave my story to a full house. I received a standing ovation. My place of employment, Hy-Vee, has also donated money. With the help of my community, I raised enough money to purchase the two AED devices. What a GREAT community I live in!”

According to a 2014 article on the swsc.org website by Principal Jake Tietje, “Eagle Achievement is a three-faceted production: The first involves researching and writing a documented cause/effect/problem/solution research paper on a student-selected topic. The second facet of Eagle Achievement allows each student to apply the information he/she has gained in research to complete a project demonstrating mastery of the topic. The third facet requires students to give a 7-10 minute formal presentation followed by a 5-minute question & answer period to a panel of staff and community judges, all of which will be done in professional attire. The presentation is the student’s chance to show people what their hard work has produced.”

Hunter’s teacher, Jim Axford, was his mentor for the project and helped him with the selection and ordering of the AEDs. He knew of Hunter’s cardiac event from the previous summer and had been in touch with him as they worked through his eventual diagnosis. He notes, “It was a very difficult time for Hunter as his participation in sports meant everything to him.” They went online to research available AEDs, and since Jim had worked with  AED Superstore in the past to purchase AEDs for Windom Area High School, sales representative Ashley Hazelett had reached out to him on a routine courtesy call to see if they needed any supplies. Jim mentioned his project with Hunter and he and Ashley went to work to make the money Hunter raised go the furthest.Ashley noted she could hear the pride in Jim’s voice when she talked with him about the project. “I am extremely honored to have helped Hunter with this project, it takes a special kind of person to do something so selfless which can benefit not only himself but his entire community. His contribution has the potential to save many lives and I know he will do great things in the future!” His teacher and mentor, Jim, agrees. “I am extremely proud of Hunter and it has been an honor to assist such an outstanding young man with his Eagle Achievement Project,” says Jim. “Hunter is one of those students who contributes to so many activities in our school and is a true leader among the students.”

Hunter and the other 2016 graduates will present their projects April 27, and a “best of the night” will be selected. All of us here at the AED Superstore wish him the best of luck! We are all very proud of this young man as well. Congratulations, Hunter!

Hunter’s project was chosen as “best of the night” by a panel of teachers and community judges and won the 2016 Windom Area High School Eagle Achievement Award. Hunter’s mentor, Jim Axford, let AED Superstore know and told us Hunter would not know he had won until Friday, May 6, when he would be presented with the award at the school awards ceremony.  When we heard the news, AED Superstore decided to surprise Hunter by sending two representatives to the ceremony to congratulate him in person, let him know how proud we all are to be a part of his story, and to present him with a third AED to donate to the community organization of his choice. Hunter knew immediately he wanted to give the AED to the Red Rock Ridge Learning Center, an alternative school in Windom. Ann Wendorff, the principal at Red Rock Ridge Learning center, was at the awards ceremony and received the AED right away.

“We all have bumps in the road in our lives,” said Ms. Wendorff.  “Hunter Hayenga had a big bump and was able to take this potentially ‘life ending’ event and turn it into something positive for many. Hunter reminds many of us what we are to do with adversity….move through it and share what you learned, which Hunter has done.  He is wise beyond his years.  We are thankful for this outcome.”

All of us here at AED Superstore agree! Congratulations, Hunter! So cool! You are an inspiration to all of our young people in the community, Hunter!

My son is a classmate and friend of Hunter’s and was playing in the game where he had his episode. It was a very scary time for everyone and we are so thankful that everything turned out as it did. We, too, are so proud of Hunter!

What a wonderful project! I do not know you but am impressed with your project to help others. Not many youths can say they had a hand in preventing countless deaths!
Thank you Hunter!!!!!

What a gift to take the negatives in life and turn it to a positive. You will go a long way with that attitude. We know that God has a plan for you. Thanks for giving back to the community.

Outstanding! Hunter’s senior project will have a long standing impact – way to go Hunter! Can’t wait to see what the future holds!

As an athletic trainer I understand fully the need for an AED on site at all athletic events. I have been told many times that you never forget your first athlete that does not make it. The Today Show had a segment today dealing with Sudden Death on the athletic field which was very good. It emphasized the need for an AED at all atheltic events. I’ve learned that our athletes today are not invincible and that “Murphy” can strike without notice.

Great job, keep up the Great work ! I can only wish and Hope you continue to be the thoughtful and wonderful young man you are now. God Bless. !

We would be happy to help you get one! Please give us a call at 800-544-0048 or email us at [email protected] and we will help you select the AED best suited for your situation and get you set up to handle cardiac emergencies. We look forward to hearing from you soon!

Unpacking Your AED Program
The Difference Between Heart Attack and Stroke