What Happens After Cardiac Arrest

The Long Term Effects of SCA 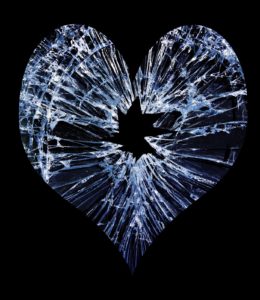 Sudden Cardiac Arrest (SCA) survivors understand the preciousness of life – that one moment you can feel perfectly fine and the next wake up in the ICU a few days (or weeks!) later with no idea you have been through SCA, cardiopulmonary resuscitation (CPR), and defibrillation, listening to the stories your loved ones and hospital staff tell you about your ordeal. And that is only if you are mentally cognizant. Some survivors suffer severe neurological damage as the result of a lack of oxygen to their brain during sudden cardiac arrest and face a long road of therapy to regain a “normal” life. It’s a frightening prospect. So what is a “normal” life for the majority of SCA survivors? 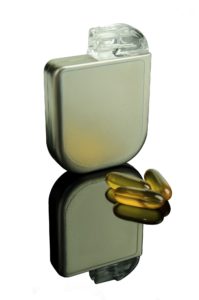 Many people who have been through SCA receive an implantable cardioverter defibrillator (ICD). An ICD is a device placed just under the skin in the chest with leads connected to a patient’s heart. It performs the same function as an AED (automated external defibrillator). ICDs monitor the heart’s rhythm constantly, act as a pacemaker when the heart goes out of normal rhythm, and automatically delivers a shock to the heart when it detects a shockable rhythm, Ventricular Fibrillation or Ventricular Tachycardia. An ICD delivers immediate treatment without delay.

PTSD is most often associated with soldiers returning from combat situations, but it can also be found in persons who have suffered profound dangerous experiences or trauma in other ways. Car accidents, domestic violence, and severe health issues such as sudden cardiac arrest are examples. In the case of PTSD associated with SCA, there is a debilitating fear of a recurrence which keeps patients from enjoying their everyday activities since they do not know when it might happen again.

Not as severe as PTSD, sometimes the patient will feel general anxiety. Those patients with ICDs report anxiety around the possibility of feeling the shock from the device, which would indicate they once again could have been in a sudden cardiac arrest situation, not to mention the discomfort associated with the shock. Depression is also sometimes present, although it is usually reported in the first 6-12 months after resuscitation, and largely as a result of the loss of memory and the frustrations from coping with the physical and neurological stresses of recovery to varying degrees.

Once it has been determined what caused a patient’s sudden cardiac arrest, there are several options for procedures and drug treatment.

Corrective heart surgery – if your sudden cardiac arrest was brought on by a structural heart defect, your cardiologist may recommend specific surgeries to address your particular concerns with an eye toward preventing further complications.

Side effects will be discussed when you meet with your doctor to decide the best options based on the underlying condition which caused the sudden cardiac arrest to occur and to potentially prevent further incidences.

While exact statistics on life expectancy after SCA are difficult to find due to the sheer number of victims each year, it is estimated “More than 80 percent of SCA victims who are discharged home from the hospital live at least one year. More than half live another five years after resuscitation. Most people who survive SCA can return to their previous level of functioning.”2

Modern science and medical techniques have made it possible to survive cardiac arrest. As the public becomes more aware of the signs, symptoms, and treatments for SCA, early intervention with CPR and defibrillation should be able to save more lives and increase the likelihood of a viable life afterward. The sooner a victim of SCA receives CPR and defibrillation, the better their chances for neurological recovery. While the underlying problems which caused the SCA would still be present, at least patients would have a chance to address those problems and continue on.
One fine young man who went into sudden cardiac arrest on the ball field received early CPR and defibrillation, and has gone on to help his community place more AEDs at ballparks is Hunter, Read his story here.

6 Responses to “What Happens After Cardiac Arrest”

Last year I suffered from SCA. I am concerned to read the statistic about 80% of victims lived 1 year after surviving SCA. What are the factors in those cases? How would that apply in my situation? I’m looking for all the help I can get.

The stats show that more than 80% lived AT LEAST one year, emphasis on “at least”, and most who survive return to their previous level of functioning. Since every case is different, talking to your doctor is the best way to understand your unique circumstances. For lots of great information about sudden cardiac arrest in general, we recommend http://www.sca-aware.org; for information about all things heart-related we recommend http://www.heart.org.

Steve, Congrats on surviving SCA, and being able to write about it. I had a Quintuple bypass in June 2007 at age 67, after rehab in Nov. I started to skate again, and resumed playing Hockey in Jan. In July of 2008, I suffered SCA, at 68, while playing Hockey. Fortunately, I was playing with 2 Doctors who immediately started CPR and kept my blood flowing until the EMT’s arrived 15 – 20 minutes later. After great Hospital treatment, I woke up 2 days later, not knowing what happened after things got dim for me while playing. I had an ICD #1 implanted before leaving the Hospital. In Dec.2010 #1 was replaced with #2 due to #1 having a broken connector. I could not play Hockey after the SCA, due to being on Blood thinners, because of A-Fib. I just recently had #2 replaced, in June 2016, due to low battery. After rehab in 2008, I went back to work, and worked till Sept. 2014, at age 74. I still feel great, and I am confident that my ICD will perform if needed. I don’t know how old you are, but all I can say is, Don’t let it rule your life, or worry you. We are lucky to be alive, and you can’t change what is in store for us. We survived, and should enjoy every breath we take. I hope my comment will help you, and any who may read this. Old Joe (Hockey name)

March 6, 2016-SCA–Cardiologists state -no blockages of any kind – was cardiomyopathy Takasubo event. (Hypoxia) CPR restarted my heart. I had just turned 74 and had been under stress. I have returned to work for 5 months now @ the hospital where I worked before my SCA. There is the Anxiety, apprehensive feelings which increase blood pressure numbers that did not exist prior to the event. Reducing the blood pressure numbers seem to be challenging but quality of every day life is amazingly normal. I am so grateful to the local EMS who performed the CPR manually as they cannot afford the AED devices. Awareness for the AED devices in all of the 5 surrounding school districts are now taught. Thank you AED for getting information available.

My Dad suffered from a cardiac arrest at the age of 47. He was in the hospital at the time with my Mom and all of us kids around him. My brother Billy immediately started CPR on him before the Code Blue team got there. After my Dad recovered from that he had open heart surgery and we had another 20 years with him until another cardiac arrest took him from us.

Should I buy a Used or Refurbished AED?
Press the Chest – Fast and Deep!