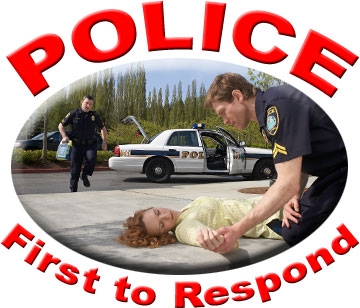 AEDs have been around for awhile, now. Their design has made them simple to use, for professionals as well as for the layperson. Even though they are not as sparse as they once were, there are still needs to be met in both the workplace and the community.

It is easy to see where AED placement would be beneficial. Having AEDs in medical & dental clinics, rescue & transport vehicles, and convalescent centers makes sense, right? How about airports, fitness clubs, schools, churches? Perhaps sporting events, or community centers? Locations with a higher frequency of “at risk” people makes good sense, but in reality, any place where large numbers of people gather would be an ideal location for an AED.

Read any story about someone being rescued with the use of an AED. Read enough of them, and you’ll notice one fact that stands out. When someone calls for a response to an emergency, whether it’s a fire, accident, disturbance, or someone is in need of medical attention, the first person on the scene is often a police officer.

The police are patrolling the neighborhoods, and are often in position to respond more quickly to an emergency than the fire department or EMTs. It’s just a matter of logistics. When it comes to emergencies, police officers are the true first responders. According to a study done by the University of Miami, police were the first to arrive on scene in over half of all EMS calls. A study by Indiana University showed when a police officer was the first to arrive, the time between when the call was received and the officer using a defibrillator was six minutes, which is four minutes less than it was for when an EMS was the first to arrive on scene. Because these officers carried AEDs in their cruisers, the patient’s chances of surviving improved greatly. Are your police department’s vehicles equipped with AEDs?

Cities and large towns may be able to more easily absorb the expense of equipping themselves with AEDs. If yours is a smaller town, you may find you can justify the need, but funding such an expense can be difficult. Many communities have used fund-raisers to outfit their patrol cars with AEDs. Grants may be available, too:

If you decide to go the fund-raiser route, AED Superstore will do whatever we can to help. Contact us for a quote, or for any questions you may have. We can help you reach your goal. We can help you with the grant process, as well.

Getting an AED into the hands of the first person on the scene will greatly improve the chances of survival for anyone stricken with sudden cardiac arrest. The stats prove it. You can make it happen.