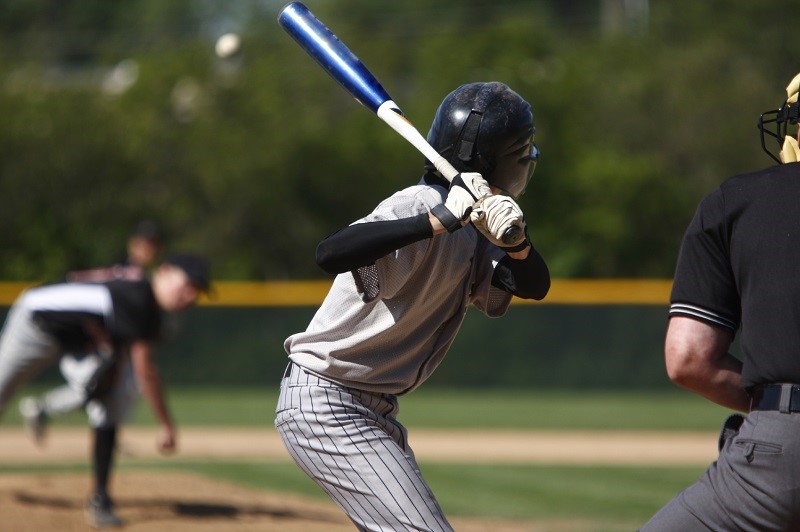 Play Ball!! Is Your Young Athlete at Risk for Accidental Sudden Cardiac Arrest?

April is National Youth Sports Safety Month! Spring is here and summer little league, T-ball, soccer, and lacrosse leagues are starting up soon. Sports are a great way to keep kids active and promote healthy lifestyles, as well as boost their self-esteem or, just as important, teach them how to be good losers! One thing parents should never have to learn to lose is their young athletes. Keeping kids safe is always on the minds of parents and coaches. One key item to have on hand at all practices and games is a properly maintained Automated External Defibrillator (AED). Why? Because sudden cardiac arrest can happen to anyone, at any time, regardless of age or physical fitness.  One cause of sudden cardiac arrest which occurs in some youth sports is an incident known as Commotio Cordis (literally translated as “agitation of the heart”).

Commotio Cordis causes sudden cardiac death in young, predominantly male, athletes who receive a sudden blow to the chest wall directly in front of the heart during a specific point in the heart’s rhythm. This blow interrupts the electrical impulses of the heart and sends it into ventricular fibrillation – a condition whereby the heart merely quivers instead of beating regularly – which stops oxygenated blood flow to the brain and vital organs. With no blood flowing to the brain, the child loses consciousness and stops breathing. They are in cardiac arrest. They are clinically dead.

Immediate CPR in conjunction with a shock from an AED is critical to the survival of a child in SCA as a result of Commotio Cordis. Recognizing the signs and symptoms of a child in the midst of SCA, as opposed to a child who has just “had the wind knocked out of them” or has passed out from fatigue or heat, is crucial to timely treatment. The first question should be – did the child get hit in the chest by a ball, fist, foot or other object? If so, and the child then collapsed, have someone call 911 (better safe than sorry) and check for responsiveness and a pulse. If no response and no pulse (or if you can’t find a pulse), watch the chest for 5-10 seconds to see if there is a rise and fall. If no rise and fall, begin CPR immediately and call for an AED to be brought to the child. Sometimes the child may be seizing or gasping, leading potential rescuers to think they are moving and trying to breathe. The gasping is sometimes called “agonal breathing” – and is NOT actual breathing – the chest is not rising and falling and the patient is not getting oxygen! The good news is if you witness the patient exhibiting agonal breathing, their chances of recovery are better.[1] The movement witnesses sometimes note is called “decorticate posturing” where the arms pull up and into the chest, and is a result of neurological dysfunction when the brain is not receiving oxygenated blood. Permanent brain damage begins after only 4 minutes without oxygen, and death can occur as soon as 4 to 6 minutes later.[2] Time is crucial!

Once the AED arrives at the child’s side it should be engaged immediately. Modern AEDs are simple and safe to use! When you turn it on it will walk the rescuer through the rescue, instructing you to remove clothing from the patient, remove pads from their packaging and attach to patient’s bare chest according to the diagram on the pads themselves, to not touch the patient while the device conducts its analysis, and then will either advise a shock or not – depending on what it detects. If a shock is advised, the AED will either tell the rescuer to push the flashing shock button (in the semi-automatic model), or will indicate it is about to shock the patient (in a fully-automated model) and to not touch the patient. After the shock is delivered, it will prompt CPR. Makes and models vary in their CPR help – some have a metronome to keep you on track for speed of compressions, others give you a timed countdown to ensure you do two minutes of continuous CPR, and there are a few models which give you real-time feedback on the quality of either depth of compressions or speed of compressions. The most important thing to remember is you cannot accidentally shock someone!! The AED will not deliver a shock unless the patient is in two very specific heart rhythms – Ventricular Fibrillation or Ventricular Tachycardia – both of which are fatal. A child in sudden cardiac arrest is clinically dead. Putting an AED into action can do NO HARM to the child.

CPR and AED use should be continued until EMS arrives, unless the child recovers. If they do regain consciousness, place the child in the recovery position (roll them on their side and place the bottom arm at a right angle in front of them, tuck their top arm so their hand is under their cheek; their bottom leg should be extended and their top leg bent at the knee) until EMS arrives. This will keep their airway clear.[3] Many times a sudden cardiac arrest victim may vomit as a result of the event and CPR, and the recovery position will aid in reducing the risk of aspiration.

How do we prevent commotio cordis? Unfortunately, there is no way to completely prevent commotio cordis. It is simply a risk of most sports involving a ball and an unprotected chest wall. Several manufacturers have tried designing shirts with chest wall protectors built in, but there is simply not enough test data to show they are completely effective. Lindsey Barton Straus, the founder of Momsteam.com, has done a great video about the shirts available and her recommendations. You can watch it on her page containing a wealth of facts and figures about commotio cordis here: http://www.momsteam.com/health-safety/cardiac-safety/general/commotio-cordis-leads-to-sudden-cardiac-arrest.

The best protection you can give your young athlete is enrolling them in a program where the coaches and staff are trained in CPR, they have a cardiac emergency plan in place, and an AED is available at all practices and games.

Nordqvist, Christian. March 1, 2016. “What is first aid? What is the recovery position?” Medical News Today. http://www.medicalnewstoday.com/articles/153849.php?page=2

Campground Owner/Operators: What Would Your Insurance Agent Say?
A Tale of Two Targets