It May Not Be A Seizure 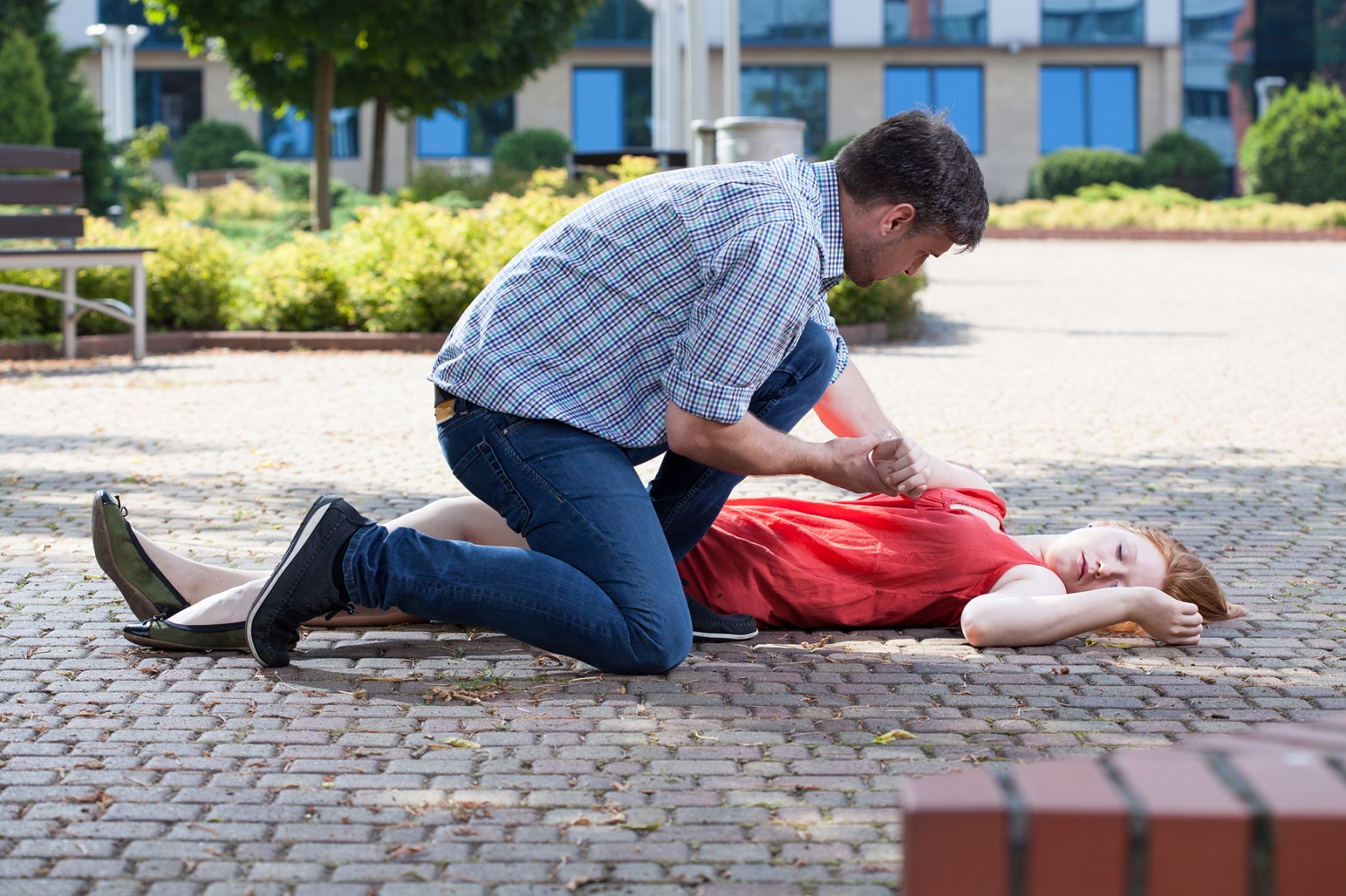 A child falls to the floor, they appear to be gasping desperately, they stick their legs straight out, their arms are pulling up to their chest, wrists bent, hands “cupped”, and their eyes are rolled back in their head. Sounds like a seizure, right? Stand back and let them be until it passes, right? Unfortunately, this “wait and see” response has lead to the deaths of too many children and young adults who are actually in the midst of sudden cardiac arrest (SCA). What was just described is known as agonal breathing in conjunction with decorticate posturing. This often leads to delayed CPR since we do not expect children and seemingly healthy young persons to go into cardiac arrest. Once the “seizure” has subsided, and it becomes obvious there is something much more serious occurring, several minutes may have passed and the person’s chances of survival are greatly diminished.

So, what should you look for when someone falls to the floor unconscious? The following should not take more than 30 seconds: The good(?) news is if you see someone in the midst of agonal breathing and decorticate posturing, their outcomes are far more favorable. It means you have reached them in the VERY early stages of SCA, their brain is still alive (the agonal breathing is the brain’s last-ditch primal effort to get air into the lungs), and your immediate actions will increase their chances of survival significantly. Early CPR, combined with a shock from an AED within 3 to 5 minutes, could literally mean the difference between life and death.

While in SCA, oxygenated blood is not flowing to the brain or vital organs – which is why the victim lost consciousness in the first place. The patient is clinically dead. Four to six minutes after the stop of oxygen to the body, the brain begins to die. With this information, it should come as no surprise agonal breathing usually does not last longer than 4 minutes. Quality CPR keeps oxygenated blood, which is still present in the body even though the person is not taking in more oxygen, moving to the brain and throughout the body, but it will not restore a natural heart rhythm. An AED shock is the only way to restore the heart’s normal rhythm and is crucial to survival.

The bottom line is if someone is unresponsive and is not breathing, regardless of whether they appear to be “breathing”, starting immediate CPR greatly increases their survival chances, and the use of an AED will elevate those chances even more. Learn to recognize the signs of Sudden Cardiac Arrest!

4 Responses to “It May Not Be A Seizure”

I thought that checking for a pulse was not done anymore by lay persons? Not responsive, no normal breathing; start CPR immediately?! Do we go back to feeling for a pulse? Don’t think that was in the new guidelines of 2015 from the ILCOR!

Thank you for your comment, and thanks for pointing out checking for a pulse is no longer part of the AHA Guidelines. We have corrected the article, and we appreciate your keeping us accurate and on our toes!

If you check the latest lay person CPR standards, you will find that CPR should be started as soon as there is no response (shake and shout) AND no NORMAL breathing. Agonal respirations are noisy (gasping) and NOT normal. There is no reason to have to “put your ear next to their mouth”. This just wastes more time. Also, lay rescuers are no longer trained to do a pulse check. That was the major change in 2010 because non-professional rescuers were having too much difficulty in determining if a pulse was present, thus delaying CPR.

Thank you for your comment, and thanks for pointing out checking for a pulse is no longer part of the AHA Guidelines. We have corrected the article, and we appreciate your keeping us accurate and on our toes!