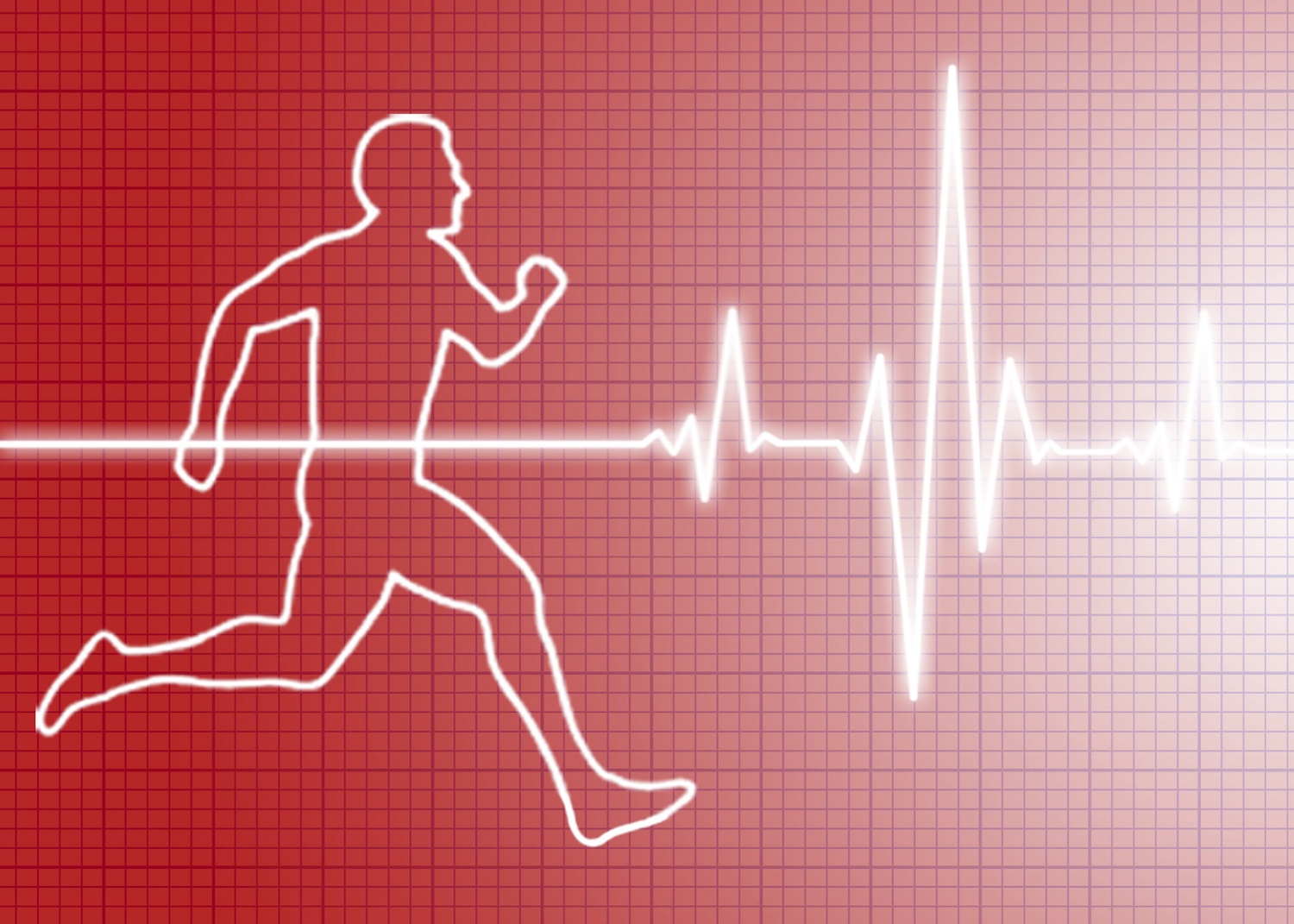 The statistics for cardiac death among youth, particularly young athletes, are astounding. According to the American Heart Association’s 2015 Statistical Fact Sheet, each year approximately 6,300 children younger than 18 years of age experience out-of-hospital cardiac arrest (EMS assessed), and most sudden deaths in athletes were attributable to cardiovascular death (56%). Of the cardiovascular deaths which occurred, 54% were high school students, and 82% were engaged in competition/ training. In addition, a longitudinal study of students 17 to 24 years of age participating in National Collegiate Athletic Association (NCAA) sports showed that the incidence of nontraumatic out-of-hospital cardiac arrest was 1 per 22,903 athlete participant years.[1]

One of the leading causes of young athlete cardiac arrest (and the leading cause of sudden cardiac death in people under the age of 30) is hypertrophic cardiomyopathy (HCM), a thickening of the heart muscle wall. HCM is a fairly common genetic condition which can be detected via ECG (electrocardiogram). In fact, most heart conditions which contribute to the death of young athletes can be detected with this simple, 16-minute test. Despite this, there has been a lot of controversy lately over whether or not college and high school athletes should undergo an ECG as part of their sports participation screening. The arguments against ECG screening center around the high incidence of false-positive “abnormal” ECG readings due to the nature of a condition known as “athlete’s heart” whereby the heart of a well-conditioned athlete typically has a lower resting rate and the heart is slightly enlarged. The readings of someone with this condition can be misinterpreted as other, more serious, heart problems. Because of this, these ‘abnormal’ ECG results can sometimes lead to athletes being sidelined until they can be further evaluated by cardiologists and, according to those who feel these tests are unnecessary, placing undue stress on the athlete and possibly financial burden, in the form of medical expenses, on the family.

Early this year, the NCAA was set to recommend college basketball and soccer players undergo ECG screenings, as those two sports have the highest percentage of SCA among college athletes. Their rationale was combining a detailed questionnaire with a routine physical and an ECG could significantly reduce an athlete’s risk for sudden cardiac arrest on the court or field. However, due to an outcry from about 100 college team physicians armed with the false positives argument, they backed down. Note they were going to recommend, not mandate, the test for a specific group of athletes and still backed off from this recommendation due to the pressure.

The official recommendations by the NCAA SSI (Sports Science Institute) issued in March 2016 contain carefully crafted statements which neither discourage nor encourage the use of ECGs in student-athlete screenings. Instead, they outline their recommended steps to take if an ECG is done and further evaluation is advised due to an abnormal ECG. What the SSI also emphasizes in their official statement is the importance of physicals combined with questionnaires about a student’s family health history. They also make strong statements about implementing emergency response plans in cases of athlete collapse at training sites such as gyms, practices, and games.  Key points of these plans include planning for unobstructed access to the venue by professional emergency personnel (especially on game day when access can be blocked by large numbers of vehicles), the naming of first responders, and AED accessibility and continued maintenance.  There is also a section on recognizing the signs of sudden cardiac arrest.

To read the NCAA’s recommendations, you can visit https://www.ncaa.org/health-and-safety/sport-science-institute/ssi-working-toward-recommendations-help-provide-cardiovascular-care

If the arguments against ECGs are cost and false positives, then alternatives should be researched. One company, Cardea Screen, has developed a self-contained ECG system with software advanced enough to rule out athlete’s heart, ambient noise, and movement, in an effort to minimize the incidence of false positives. This system strives to lower the likelihood of athlete death, thereby saving many families from the grief of losing a child when heart conditions could have been identified and treated.

The Cardea Screen system is a one-time investment with minimal recurring costs for disposable leads. The company trains school personnel to administer the tests, eliminating the need to hire a company year after year, sport after sport, to do the initial ECG screenings. This could be a perfect solution for sports programs of all kinds.
A heart condition does not always mean sidelining an athlete, but if identifying one does put them on the bench, at least they won’t be sidelined from the rest of their life.

3 Responses to “ECGs and College Athletes”

I love this article! I am a Cardiology Nurse and my husband died suddenly from IHCM. Both my girls carry the gene and both are athletes. My oldest has an ICD and now can participate in any sport she desires because she has had the proper testing and now a life-saving device should she need it. My youngest does not have a device but continues to get routine follow up ECGs and any other special testing required. I have for years suggested that ECGs be part of routine sports physicals at all of the schools in the county here. The cardiologists, like those in your article have mentioned the false positives as a hold back in performing the tests. I feel very strongly that this simple 16 min or less test can save the lives of young athletes and the horrendous despair of families who lose a child due to this horrible condition unknowingly. Heart disease is and remains the #1 killer of men and women. I now am a Grief Support RN and health advisor/ CPR Instructor. I am fascinated by the Cardea Screen system and would love to learn more about it. I am contacting our Board of Education and School Superintendent again to discuss these issues and will be armed with this article when l do. I would greatly appreciate someone contacting me whether by email or phone to discuss how I can become part of this movement to make our children safe and the parents well educated so they can make an informed decision regarding the welfare of their child while participating in school sports. Thank you.

[…] Cardiomyopathy (HCM) has long been held as the number one cardiac killer of college age athletes. (It is estimated 1 in 500 people in this country have the condition but […]