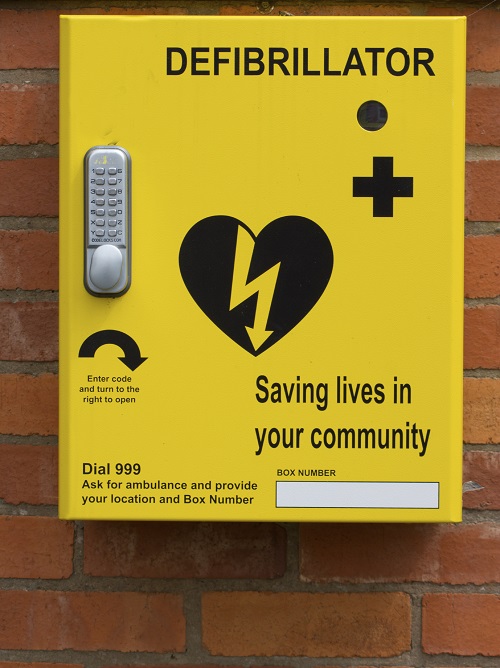 According to WDAF-TV in Kansas City: Howard Campbell, a congregant of the Good Shepherd Christian Church in Blue Springs, Missouri, wasn’t feeling well one Sunday morning in February this year. He considered skipping church services, just this one time. He can be thankful he attended church that day.

During the minister’s sermon, Howard began to feel ill and uncomfortable. He had just asked his wife if he was sweating when he suddenly collapsed, a victim of Sudden Cardiac Arrest (SCA).

Howard’s good fortune that day was determined about six months earlier when a fellow parishoner suffered SCA, but there was no AED immediately available. As a result of that tragedy, the parishoner’s wife donated the funds to acquire an AED for the church.

When Howard collapsed, several folks who had been trained in CPR/AED sprung into action, and saved Howard’s life. After the AED delivered the shock, they followed the prompts from the AED and provided chest compressions until he was revived.

Now recovering from that event, Howard’s mission is to spread the word about AEDs. He feels that if he can convince churches, ministers, institutions, and public venues to acquire AEDs, and if one life can be saved, then he has paid it back.

Although it often happens this way, it shouldn’t take a tragic event to move people to action. AEDs save lives. When there are more AEDs, more lives will be saved. We applaud Howard, and wish him success in his endeavor.

Good Samaritan Laws – Are You Compliant?
Annuvia and AED Superstore Help Cher Will of St Croix Foundation Place Another AED