Our Scholarship Winner Saved His Dad

Now he wants to develop technology to help others! 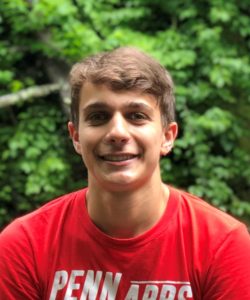 As the awards committee read through the applications for our $1000 scholarship, we were all inspired by our winner’s story, how he turned his experience into action, and his future goals. Following is his winning essay:

“I wish more people knew that only 1 out of 10 people who have SCA outside of a hospital survive. For years, I was indoctrinated to believe in science, so when my dad’s heart stopped in front of me, I became fixated on how the numbers didn’t want him to live.

For 6 minutes, I terrifyingly mimicked the motions of CPR. 3 paramedics eventually rushed in and tried to resuscitate him for another 4. They shocked him 7 times. All those numbers simply said “no.”

But in two weeks, my father carefully walked out of the hospital, weakly, but intact. The numbers had lied to me.

Six months after that incident, I still find myself fervently believing in the indubitable ability of numbers to quantify a seemingly unquantifiable world. However, I do believe in my ability to change those numbers. I remember smiling through tears when the doctor told me that my CPR was the only reason that my father is alive. I took the ninety percent chance of death that the world gave Dad and turned it on its head.

My future goals now revolve around taking more bleak statistics and turning them around. I was already working on humanitarian projects prior to the incident, but I now find myself entirely hellbent on creating things which address the world’s most unfortunate numbers. Since sophomore year, I’ve built a plethora of apps and devices to help people with a variety of disabilities have easier lives. These include Parkinsafe, an app to help people with Parkinson’s use iPhones by stabilizing their screens, and Doorman, a device to help guidance counselors identify students with mental health issues.

However, seeing my father struggle prompted me to tackle my biggest venture yet. In college, I plan on studying computer science and business so that I can eventually create a startup focused on health informatics for cardiac patients. I’ve started on a small scale already, tackling issues like hand tremors and mental health, but in the coming years, I want to affect the world in a big way with modern technology.“

We asked Steven to tell us a little bit more about himself, and this is what he shared with us:

My name is Steven Vorona and I’m so honored to have been selected as the recipient of AED Superstore’s $1,000 scholarship. I’m going to be leaving for my first year at the University of Southern California in August, and I’ll be studying computer science. I was inspired to apply for the scholarship after I successfully performed CPR on my dad last June when he suffered from a cardiac arrest. Thankfully, he’s made an excellent recovery since then.

I started learning to code when I was in seventh grade. My mom is a coder too, so she was the first one to introduce me to it. Admittedly, I hated programming at first, but I eventually found a liking for it when I started learning Python. I spent most of my high school years leveraging this hobby to create apps that could help other people, some of which were also medically-driven. For example, one of my most recent projects, and likely my favorite, was a device called ErgoFix. Along with a partner, I built a device used weight sensors to notify users of poor posture and help them correct their habits.

I also have spent a lot of time applying my skills in a more structured way. I’ve spent the past two summers working for Morgan Stanley in New York, where I work with a team of developers to create and improve internal software. And while I have graduated already, I was the president of my school’s coding club last year and was an officer since I was a sophomore. Inspired by what’s happened in my life, I hope to use my experience in technology to create more accessible medical and diagnostic equipment.

If I’m not at work or school, you can probably catch me at the gym or on the tennis court. I usually spend my weekends hanging out with my friends, whether it be at beaches, restaurants, or just chilling at home.

Once again, thank you so much for the support! This is definitely going to help with my education, and I’m really grateful that there are good people looking out for students like me. And in (obligatory) USC fashion: Fight On!”

All of us here at AED Superstore wish Steven the best in his education and future endeavors!

If you know someone who could use $1000 toward their education, let them know about the AED Superstore $1000 scholarship award, given twice a year. You can get all the information you need here.

4 Responses to “Our Scholarship Winner Saved His Dad”

Steven has wonderful writing skills, too! Congrats, and keep fighting against the odds.

You are a hero! Congratulations on your achievements, there is no doubt you will continue to help hundreds of people with your dedication and outstanding intelligence!

Wow! I am grateful to have someone like Steven interested in cardiac health. My daughter was born with 22q and tetralogy of fallot. She’s in her second pacemaker. I wish you all the best and thank you for your dedication.

Great story! Nothing makes my my soul feel better. I will do doubt be looking for Steven at UCLA medical School in the future as well. We can all think big for him.